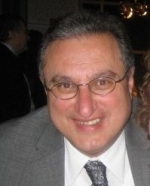 Tony Torrisi is a Senior Management Consultant to HRS and has 40 years of experience as a Massachusetts municipal Finance Director. He has an MBA from Northeastern University and a BA from Boston College.  Mr. Torrisi served as the Director of Finance and Budget with the Town of Andover, MA, from 1979 to 2011, where he was responsible for the overall financial planning of the Town. Prior to his work in Andover, Mr. Torrisi served as Budget Assistant for the City of Worcester, MA, from 1974 to 1979; and as an Administrative Intern in Danvers, MA, from 1972 to 1974.  Mr. Torrisi is a member of the Government Finance Officers Association; the Massachusetts Government Finance Officers Association; and the New England States Government Finance Officers Association. He is a founding member of the Massachusetts Government Finance Offers Association.  In the last eight years, he has been working with HRS on numerous pay and classification studies as a Municipal Compensation Consultant specializing in compensation, classification, benefits analyses, and department function market surveys; as well as comparative market total compensation analyses, structuring compensation plans. Tony has worked on numerous Fire and Police wage comparability Studies.  He has extensive experience in analyzing collective bargaining agreements.